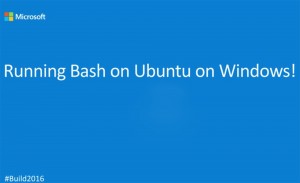 Microsoft has announced at its #Build2016 conference, that it will be adding Linux command line (Bash – Ubuntu binaries) to Windows-10.

The announcement came as a surprise, because it was not expected at Microsoft’s Build developer’s conference this year.

The American multinational technology company has confirmed, they will be integrating the Bash command-line shell and support for Ubuntu Linux binaries into Windows 10’s Anniversary Update.

This move is surely exciting news for developers, who want to use command-line tools while developing apps, and of course a big plus to Windows/Ubuntu lovers.

Although, some users have been tempted to install third-party tools like virtual machine (VM) in the past just to get the Linux command line working, but this time; say goodbye to VM.

According to a report on Microsoft’s MSDN Blog:
“This isn’t Bash or Ubuntu running in a VM. This is a real native Bash Linux binary running on Windows itself. It’s fast and lightweight and it’s the real binaries. This is an genuine Ubuntu image on top of Windows with all the Linux tools I use like awk, sed, grep, vi, etc. It’s fast and it’s lightweight. The binaries are downloaded by you – using apt-get – just as on Linux, because it is Linux. You can apt-get and download other tools like Ruby, Redis, emacs, and on and on. This is brilliant for developers that use a diverse set of tools and platforms.”

With these recent moves; there is no doubt that Microsoft is truly on the path to take the world by surprise with many more news to come.

Previous Wholesale Directory; How to make money Drop-Shipping.
Next How to Turn your Microsoft Xbox One into a Development Kit 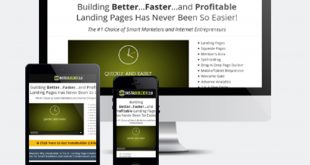 How to Turn your Microsoft Xbox One into a Development Kit

Turing Phone might be the next top elegant phone

Tesla has recently reveals one of his top-class Technologies: The Prototype Charger.