Samsung Galaxy S22 Ultra Review: Is It Worth the Hype?

How Does the Samsung Galaxy S22 Ultra Measure Up? 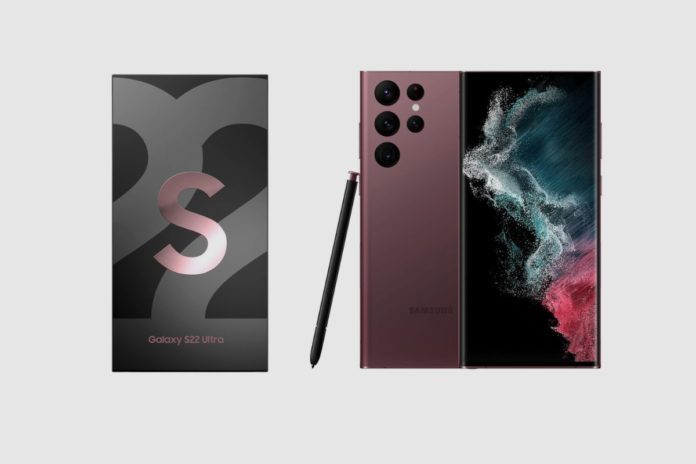 The Samsung Galaxy S22 Ultra is a powerful Android smartphone with a sleek and durable design. It introduces a faster and more responsive S pen that offers a smooth feel, just like paper and pen, when drawing and writing with it on this smartphone.

It also offers a brighter display, given its AMOLED panel, as well as quality and detailed photos even while in low light. The battery is outstanding, alongside a longer update and OS update support. The Samsung Galaxy S22 Ultra comes with amazing features that will impress phone lovers who are particular about quality cameras and standard components.

The Samsung Galaxy S22 Ultra presents itself with a sleek and minimalist design yet durable. It comes with an armour aluminium frame with Gorilla glass on both front and back. The edges are sharp, and the camera’s structure is appealing.

On the right side of the Samsung Galaxy S22 Ultra, you will find the power and volume buttons, and at the bottom, you will find a USB-C port. This phone comes with IP68 certification for water and dust protection.

It is available in phantom white, phantom black, green and burgundy colours. With dimensions of 163.3 x 77.9 x 8.9 mm and a weight of 227g, the Samsung Galaxy S22 Ultra has a wider look and weighs less.

The Samsung Galaxy S22 Ultra comes with a 6.8-inch AMOLED display which is one major highlight of this smartphone. It has up to 3088 x 1440 resolution alongside a pixel density of 500ppi. By default, the Samsung Galaxy S22 Ultra makes use of a 2316 x 1080 (FHD) resolution, but you can manually change the settings yourself. It offers a clear and crisp display for an immersive viewing experience.

Playing games, watching videos and making use of apps is smooth on this smartphone, thanks to its adaptive refresh rate that has the ability to be adjusted from 1Hz-120Hz, which is less power consuming.

The Samsung Galaxy s22 Ultra has a peak brightness of 1750 nits, alongside Samsung’s new vision booster technology, which enables the screen to maintain visibility even in direct sunlight.  On a standard brightness level, it can reach up to 1250 nits. The vision booster technology automatically adjusts the brightness, colours and others based on ambient lighting conditions for an excellent viewing experience.

Under the screen, you will find an effective ultrasonic fingerprint reader. All you have to do is register a finger and use it to unlock the phone. Another biometric security option is facial recognition, but the pin or fingerprint is more secure. Also, there is a small drill hole through the screen for the 40mp front-facing camera.

The Samsung Galaxy S22 Ultra features a larger 2.4um pixel sensor in order to capture more light and data, with a super clear glass lens for capturing nighttime videos that are free from flares. There is the 12mp ultra-wide lens alongside two 10MP telephoto cameras put together to offer 10x optical zoom and 100x space zoom. One of the 10MP telephoto cameras is f/2.4 with a 36-degree field of view, while the other is f/4.9 with an 11-degree FOV. The 12MP ultrawide has a 120-degree FOV, while the 108MP main wide camera (f/1.8) has an 85-degree FOV.

There is an upgrade in the technology that backs up these lenses while still having the same image sensors as the Galaxy S21. Samsung has improved on optical image stabilization, digital image stabilization (to enhance the super steady system), as well as image processing. This results in enhanced performance from all the lenses but particularly in the zoom region.

The zooming capabilities of the Samsung Galaxy S22 Ultra are amazing, given the 3x and 10x optical zoom that offers crisp images of far objects with sufficient vivid details even without much pixelation. Some of this has to do with the stabilization; at 100x, it takes control of the lens and seizes a subject in the frame.

Through the Samsung Galaxy S22 Ultra, Samsung brings on the Adaptive pixel, which enables wide and ultrawide images to benefit from some new pixel sorcery. It supports nona-binning, which was first introduced with its predecessor. t takes nine pixels of information and puts them together for better colour and contrast, and also joins it with the full resolution of the 108MP wide-angle original. Also, the lens has an autofocus assist that looks like a fifth lens at the back of the phone, which is a laser autofocus sensor.

Nightography is possible with Samsung lenses, stabilization, image sensors and algorithms. The Samsung Galaxy S22 Ultra’s nighttime and low-light photographic skills are crisp. It has the ability to brighten a night sky to almost near daytime, capture the moon as well as your face in low lighting, and it has some extensive exposure skills.

The front camera uses tetra-binning to combine four pixels into one for a standard quality 10mp image. With the portrait mode, the front and rear cameras do a great job with portrait photography. You can also take some high-quality 4k video at 60fps and up to 8k at 24fps. Virtually all images were taken with this camera present a quality image.

The Samsung Galaxy S22 Ultra comes with a sleek and light pen that is found in the S pen holder built inside the body of the smartphone. This S pen has a latency of 2.8ms which is a 70% improvement from Samsung. This pen is relatively small, thin and very easy to take out. You can take notes on the lock screen using the S pen (white ink on a black background) or unlock your phone and access a slide-in menu of eight customizable options.

These options include taking notes, viewing them, making smart selections of anything on the screen, drawing on a screen capture, live messages, scribbling in enhanced reality, translations and Penup, and also a community space which enables you to learn how to draw with the S pen and share your creations with others.

Samsung Galaxy S22 Ultra makes use of AI to predict your hand movements and offer you that pen-and-paper feel. Taking notes feels smooth; you get a sound that feels like you’re writing on paper.

Overall, this versatile S pen is very useful, highly effective, and a productive implement for drawing and note-taking.

The Galaxy S22 Ultra offers sharp and detailed videos up to 8k at 24fps and still keeps your footage looking great with its enhanced super steady mode. This super steady mode maxes out at full HD and 60fps, and it delivers smooth footage.  Also, there are added features you can play with, like the portrait video mode.

This phone is equipped with a large 5000 mAh battery which can last for over a day on standard usage. This phone’s battery lasts for about 10 hours and 18 minutes on 60Hz, which is impressive. In adaptive mode, the Galaxy S22 Ultra lasts for about 8 hours and 50 minutes, which is less than expected.

In addition, the Samsung Galaxy S22 Ultra offers 45W charging, which guarantees 50% in 20 minutes. However, the battery life still varies on the number of activities performed on the smartphone.

The Samsung Galaxy S22 Ultra retails at $699.99. However, the price varies depending on the store you purchase or the variant you decide to get.

The Samsung Galaxy S22 Ultra is an Android 12 smartphone that runs on UI 4.1, which is the latest version of Samsung’s Android interface software. This software duplicates some utilities, just like the web browser and photo apps and includes lots of smart software touches and handy tools such as Samsung’s new wallet that combines your digital payment info, ID and others into a single tool which makes the Android experience even better.

Also, the latest Google Duo app allows you to share videos as well as documents during video calls.

The Samsung Galaxy S22 Ultra is equipped with the Qualcomm snapdragon 8 Gen 1 processor, a 4 nm chip that offers enhanced CPU as well as graphics performance at the same time delivering maximum productivity. While Samsung offers its 4 nm Exynos 2200 chip in international markets.

As it presents an 8 GB of RAM, this smartphone feels great and faster when toggling in between apps. The Galaxy S22 ultra is good at gaming as it delivers immersive gameplay. The call quality is great, as well as a decent 5G performance.

Having broadly discussed the pros and cons, camera quality, design, and display of this smartphone, there are certain factors to consider before purchasing the Samsung Galaxy S22 Ultra. These include:

If some of these features do not meet your desired expectations, you might want to consider any of the following phones:

The Samsung Galaxy S22 Ultra is a powerful smartphone that is stylish and appealing. This smartphone is definitely on par with other Android smartphones in the market as it comes with exciting features as well as standard components.

The Samsung Galaxy S22 Ultra is worth buying and definitely one to keep you locked up in your phone all day. It features an amazing design, a sleek S pen, and a quality camera, amongst other capabilities which ensure an ultimate user experience.

Q: Does the Samsung Galaxy S22 ultra come with a MicroSD slot?

A: The Samsung Galaxy S22 ultra does not have a slot for a microSD card.

A: The Samsung Galaxy S22 Ultra is IP68-certified; therefore, it can withstand 30 minutes of submersion in 1.5 m (5ft) of water. It is also dust resistant.

Q: How bright is the Samsung Galaxy S22 Ultra camera?

A: The Galaxy S22 Ultra has an excellent camera array that offers crisp and clear photos as well as videos. It has the ability to capture your face in low light and also make the nighttime look almost like daytime.

A: The Samsung Galaxy S22 Ultra S Pen is an effective drawing and scribbling pen that serves as a strong productivity tool. It delivers a pen-to-paper feel when in use.

The S Pen comes with improvements which include more accurate handwriting-to-text conversations. It also has the ability to quickly save your notes in Microsoft Office docs and emails.