Is Fitbit Versa 3 a Waterproof Smartwatch? 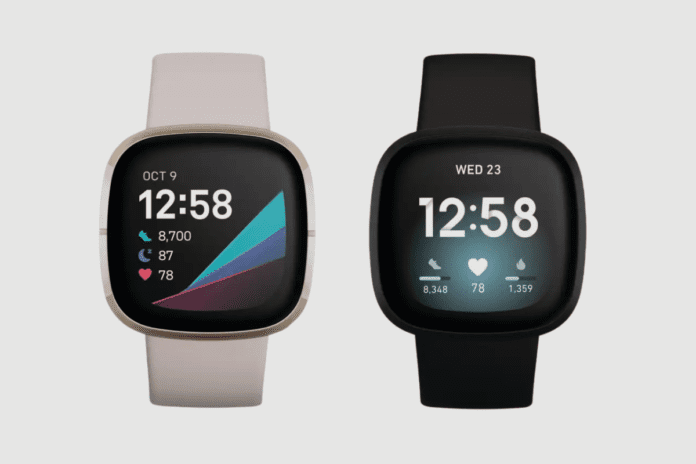 The Fitbit Versa 3 smartwatch is an advanced and upgraded smartwatch for Android users. It has a 1.59 -inch AMOLED screen with thinner bezels.

The display options make it bright and easier to use even in sunlight. It also comes in a variety of colours and interchangeable straps. This smartwatch comprises spectacular features such as GPS tracking and even receiving calls directly on your wrist. In this article, questions regarding the Fitbit Versa 3 smartwatch are answered in detail.

The Fitbit Versa 3 reacts just fine when it comes in contact with water. It can conveniently be underwater to depths of 50 meters. It can be worn in the shower, pool and even the sea, but it is advised that the salt is rinsed off properly in freshwater afterwards as saltwater is corrosive and could permanently damage your smartwatch.

What does a Fitbit Versa 3 do?

This smartwatch performs multiple functions amongst which include monitoring activity, fitness check and health tracking. It has an always-on display that enables users to track temperature during sleep, handles basic fitness tracking needs, step counts, distance covered, calories burned and heart rate. It also has an inbuilt GPS that tracks workouts over distances.

With this smartwatch, you can also receive notifications from your phone (if it’s close by), listen to music and even perform basic tasks without needing to touch your phone.

The Fitbit Versa 3 is a great Smartwatch option for Android users, although it is compatible with iPhones.

Can you answer calls on a Fitbit Versa 3?

On the Fitbit Versa 3, calls can be answered directly when a phone is close by with the aid of built-in speakers and microphones as opposed to previous models whereby the watches could be used to accept or reject calls, but users had to speak to the phone itself.

How do I play music on my Fitbit Versa 3?

To play music on your Fitbit Versa 3, all you need do is take the following simple steps:

Can Fitbit Versa 3 play music without a phone?

You can play music on your Fitbit Versa 3 without your phone because it acts more or less like a remote control. This smartwatch enables you to control your music and even Pause, Play and skip songs, just like you would on your phone.

How do I text on my Fitbit Versa 3?

Texting on your Fitbit Versa 3 is made easy as the text option is available for Whatsapp, Instagram DMs and e-mails. There are some custom response options that can be changed by heading over to the Fitbit application on your phone and making your own customized messages.

Does the Fitbit Versa 3 have a speaker?

A major upgrade from the previous version is that the Fitbit Versa 3 has an inbuilt speaker and microphone.

Is Fitbit Versa 2 or 3 better?

Although they look quite similar, all Fitbit Smartwatches have distinct features and as such, the similarities and differences of both Fitbit Versa 2 and Fitbit Versa 3 will be discussed here.

What is the battery timing for Fitbit Versa 3?

The battery timing for this device is approximately 10 hours. The new quick charge feature gives users a full day of power for just 12 minutes of charge and based on how you use your Fitbit Versa 3, it can last for up to 6 days without being charged at all.

What is the price for Fitbit Versa 3?

In conclusion, the Fitbit Versa 3 is an upgraded version of the Fitbit Versa 2 and the unique features it encompasses such as the call feature, battery life, fast charging, amongst others makes it a must-have for both Android and iPhone users.

Is Intel Core i5 8th Gen Good For Gaming?