4 Best Smartwatch For Teenager Without Phone: Are They Worth It? 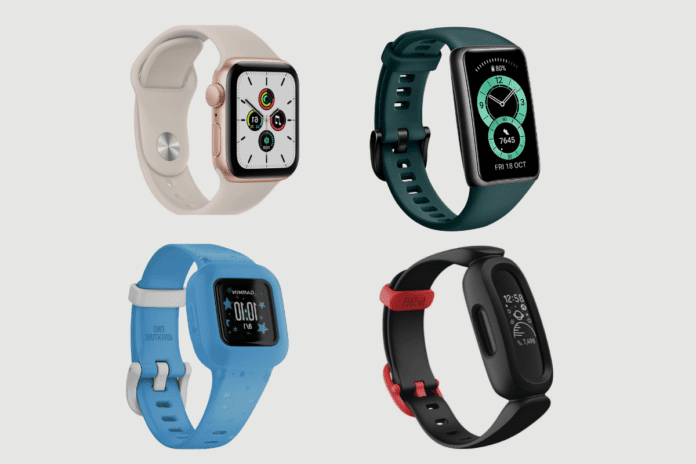 Smartwatches that can be used without a phone will put parents’ minds at ease, particularly those who do not want their teenagers having access to phones for one reason or the other.

With the help of a Smartwatch, parents can control the content their teenagers have access to as well as track their teenager’s location using GPS and SOS Emergency calls.

These Smartwatches that can be used without phones are usually the higher-end models that require micro-SIM to run. This means that the smartwatch can be used efficiently over a cellular network without the need to connect to a phone.

Smartwatches that run effectively independently of a smartphone are commonly referred to as “Standalone Smartwatches” because they have a built-in SIM card. These smartwatches have loads of features for users such as music playing, fitness tracking, calling, texting, voice commands amongst others.

As much as certain smartwatches are versatile and can function without a phone, they most often require a smartphone to add apps and be able to access other major features.

The major inconvenience however is that when connected to a cellular network, your smartwatch can stay charged for a maximum of 8 hours and to charge it, you have to take it off. Besides this, a smartwatch is a great substitute for a teenager without a phone.

Some good examples of smartwatches that can be used without a phone are listed below:

This Band 6 by Huawei has an AMOLED touchscreen display that supports slide and touch gestures. It has a compact design and is very light which makes it easy to wear around for a longer duration. The Huawei Band 6 watch cases are available in dark grey and gold colours and it has graphite black, forest green, amber sunrise and sakura pink silicone straps.

Features of the Huawei Band 6

The Huawei Band 6 is a great fitness tracker for teenagers without a phone because of its cool fitness and health features.

With a monochrome PMOLED display, the Fitbit Ace 3 Activity Tracker which was released in 2021 is specifically designed for children. It has cosmic blue and also green colours. With its motivating challenges and long-lasting battery life, it makes fitness fun for the entire family.

The Fitbit Ace 3 Activity Tracker is a simple fitness tracker and although the battery life varies depending on usage, 8 days of battery is an impressive feat.

Beyond being just a Smartwatch, the Garmin Vivofit jr.3 provides educational adventures and games to make learning exciting for children. Generally, it has distinct and engaging features for children and even older kids.

The Garmin Vivofit jr.3 is mostly used by children because of its designs and Marvel/Disney graphics which kids find fascinating. Its exceptional feature is its battery life which is estimated to last for a year.

Released in 2020, the Apple Watch SE has curved edges, an aluminium chassis, a Digital Crown on the side that aids navigation and a Retina LTPO OLED Display which ensures lower consumption of power and improved image quality.

This Smartwatch comes in two models which are LTE + GPS and GPS only. The Apple Watch SE models are available in gold aluminium, silver and space grey.

Overall, the Apple Watch SE features make it a good Smartwatch for teenagers without a phone to own.

Standalone Smartwatches that can be used without phones are recommended for parents who do not want their teenagers having unlimited access to phones, or they just want to try out the possibilities that standalone smartwatches offer.

Some of these smartwatches have attributes that are similar to phones and more importantly, all activities on the Smartwatches can be monitored by parents which will help make them feel more secure.

12 Best Headphones For Gaming: How Do They Compare?

What Are The Best Skullcandy Wireless Earbuds? Here Are 7 To...