Samsung Galaxy Tab A7 Lite Tablet Review: Discover All You Need To Know 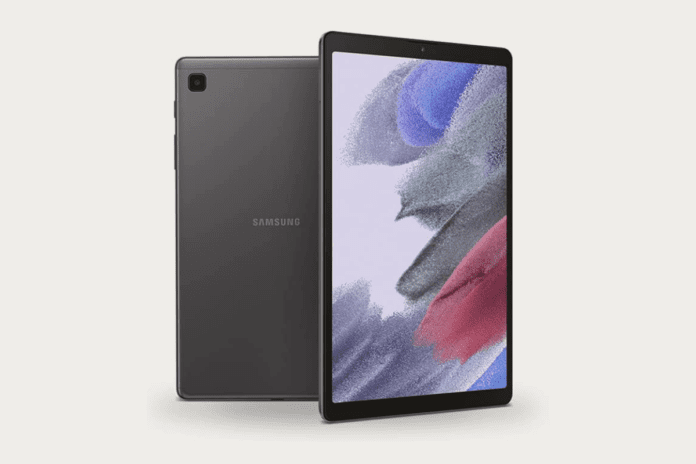 The Tab A7 Lite is also equipped with facial recognition technology, a GPS receiver, a USB Type C port, Wi-Fi AC, Bluetooth 5 connectivity, and 4G. Additionally, it features a rear camera with 8 megapixels aperture and a front camera with 1.92 megapixels.

In this Samsung Galaxy Tab A7 Lite tablet review, I will be discussing all you need to know about this low-cost tablet device, including the features, specifications, and pros and cons. 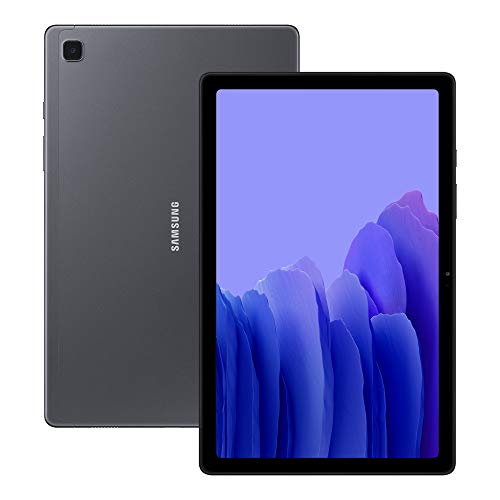 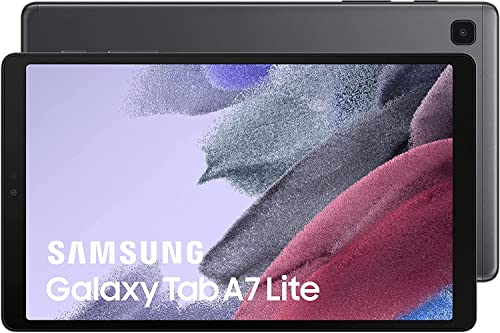 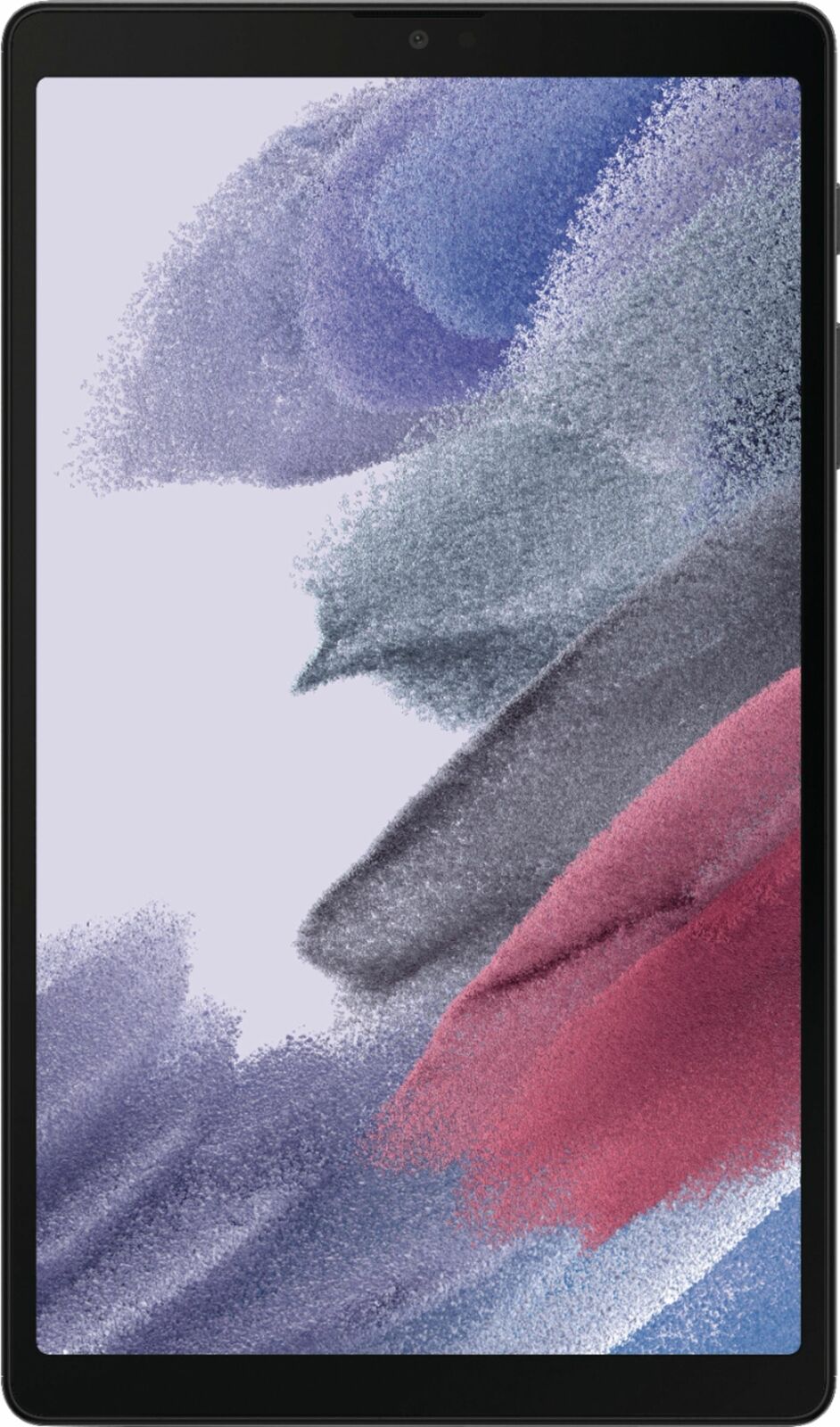 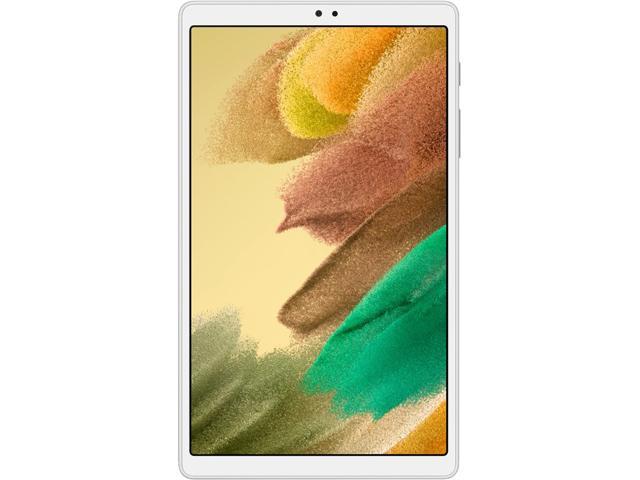 A look at the Samsung Galaxy Tab A7 Lite’s exterior design reveals a metal frame and rear cover with a thickness of 8mm. It has an 8MP primary camera on the back that protrudes slightly but does not interfere with regular use.

The Samsung Galaxy Tab A7 Lite tablet features a white frame on the front, a front 2MP selfie lens at the top, and power and volume control on the right side of the tablet. A speaker is also mounted at the top and bottom of the tablet; it has a USB-C port and a 3.5mm headphone socket.

Because the Samsung Galaxy Tab A7 Lite is only 366g in weight, children can easily carry it with one hand. The screen is close to 9 inches; therefore, holding it in your hand to watch a movie or read will not be a burden. When using this tablet with one hand, I accidentally touch the buttons at the bottom of the screen due to the thinner frame. It takes a while to adjust to it.

The screen on the Samsung Galaxy Tab A7 Lite has a resolution of 800 x 1340 pixels. It has dual speakers that enable Dolby Atmos, even though it is just for HD quality. Whether it’s for reading or viewing movies, I believe it’s a good investment. It can suit the needs of a broad range of users.

In terms of configuration, the Samsung Galaxy Tab A7 Lite is powered by a MediaTek Helio P22T CPU with 4GB of RAM. It allows it to multitask even when a small APP window is active. Although you may experience minor delays when switching apps while using the tablet, most actions are relatively smooth. If you only use common apps, the tablet will not overheat. If the 64GB of storage space is insufficient for your needs, an additional microSD card can be purchased. This tablet may be expanded up to 1TB.

Let’s take a look at the Samsung Galaxy Tab A7 Lite’s performance. There are no significant issues when browsing the web, reading, viewing movies, or using PDPR programs such as Google Classroom, Docs, etc. It is not, however, ideal for gaming. On this tablet, I tried out Asphalt 9.

It is not recommended to play games like Yuanshen or Call of Duty and other similar games since the screen will be fatigued and pixelated after the game experience.

A front 2MP + 8MP main camera module is included with the Samsung Galaxy Tab A7 Lite tablet. The 2MP front lens is enough for most selfies and online learning purposes.

In contrast, the 8MP rear lens produces excellent photo imaging. However, it takes a long time for the camera to focus when shooting. The images shot are still evident when there is enough light. However, at night or in low-light situations, the performance is less than ideal.

The Galaxy Tab A7 Lite battery is large enough to let you sit on the couch for several hours without needing to seek a charger. The little tablet lasted 10 hours and 7 minutes during the battery test, which comprised surfing the web over Wi-Fi at 150 nits of brightness.

That’s a good deal for regular usage, but not when compared to larger tablets like the Samsung Galaxy Tab A7, the Amazon Fire HD 10, or the 2020 iPad. Also, the Tab A7 Lite does not charge quickly: it was connected with an 8% remaining battery. It was up to 55% after 90 minutes of charging, which is acceptable for occasional usage but not ideal when you need to load it quickly.

Features of the Samsung Galaxy Tab A7 Lite Tablet

The Samsung Galaxy Tab A7 Lite has the following models available for purchase:

As an entry-level tablet, the Samsung Galaxy Tab A7 Lite is not designed for drawing or writing.

However, the user experience is surprisingly fantastic when using an adapted stylus or a Bluetooth keyboard (written on a Galaxy Tab A7 Lite with a Bluetooth keyboard). Of course, it doesn’t compare to Samsung’s own S Pen, but it’s adequate for students or educators who frequently need to take notes on photos and documents.

In other words, the Samsung Galaxy Tab A7 Lite does not support the current widespread Wi-Fi 6, but it can still provide a stable network connection with 802.11 ac Wi-Fi.

Regarding current everyday demands, the Samsung Galaxy Tab A7 Lite is an excellent choice for youngsters or educators still teaching online classes, particularly those on a tight budget.

The 2MP front camera and 8MP rear camera on the Galaxy Tab A7 Lite are competent for simple video calls and photos, but they fall short in other areas.

The front camera’s images were washed out and had trouble reacting to changes in ambient light. The Tab A7 Lite’s front-facing camera isn’t particularly effective at capturing detail.

Although using the back camera produced better results, the colours remained subdued. It was nearly impossible to notice fine features like wood grain and surface reflections.

However, the Galaxy Tab A7 Lite camera is suitable for everyday use. Even yet, if you have a newer smartphone, it will almost certainly take better pictures.

The Galaxy Tab A7 Lite includes a security feature that other high-end tablets (including iPads) lack. Face recognition is possible with the Tab A7 Lite’s front camera, which is helpful in some instances.

Let’s suppose you like stock Android, which is Google’s official operating system. In that case, you’ll probably love using the Galaxy Tab A7 Lite because Samsung has thankfully left out any useless apps.

During the first setup, the Samsung Galaxy Store app is installed. The Android experience, on the whole, is relatively clean and entertaining. Unlike Amazon’s Fire tablets, which use the Android-based Fire operating system, you have full access to the Google Play Store and hundreds of thousands of apps.

How much is it worth?

With 159 dollars, the Galaxy Tab A7 Lite is available for purchase through third-party retailers like Amazon and the Samsung website. However, it is frequently offered for sale at a lower price.

By purchasing the Galaxy Tab A7 Lite, you will receive a compact and light Android tablet with a MediaTek MT8768T CPU with an octa-core processor, 4 GB of RAM, and 32 GB of internal memory. But the version with 64 GB internal memory is available for an additional $40.

You may utilise the tablet’s microSD card reader to add up to 1TB of storage capacity if you don’t want to go with the 64GB version. If you’re going to spend a little extra money, you can get a device that supports 4G / LTE networks for roughly $40 more.

Is it worth buying?

The Samsung Galaxy Tab A7 Lite was released in May 2021 as a less expensive, lighter version of the Galaxy Tab A7, one of my top selections for the most refined Android tablet available. However, it’s a proper small device that’s definitely worth your attention if you’re looking for a decent Android tablet for a low price.

Samsung advertised the Galaxy Tab A7 Lite as an Android tablet that won’t empty your wallet. Based on my personal experience, that’s what you’ll get if you buy one. If you’re looking for a little Android tablet to use for surfing the web, viewing movies, or even playing games, the Tab A7 Lite is just suitable for you.

However, don’t expect it to wow you with its performance, display quality, or battery life. Competing tablets, such as Microsoft’s Surface Go 2 or Apple’s 2020 iPad, will surpass the A7 Lite for a few hundred euros more on all of these fronts.

Q: Is there a Smart view option on the Samsung Galaxy A7 Lite?

Q: Is the Galaxy Tab A7 Lite Capable of making Phone Calls?

A: Log in to your Samsung Account and pair your phone with the Galaxy Tab A7 Lite. You can then use your tablet to make calls, send messages, and connect to your mobile data Hotspot without picking up the phone.

Q: Is it Possible to link my Samsung Galaxy Tab A7 to my Television?

Q: Is there a SIM card slot on the Galaxy Tab A7 Lite?

A: A Nano SIM card can be used in this device. Insert the SIM slot removal pin into the hole on the SIM card/memory card slot on the left-hand side of the tablet, and then push until the tray falls out. Put the SIM card in the space on the tray.

Q: Is there a pen included with the Samsung A7 Lite?

A: The tablet comes with AKG-tuned dual stereo speakers that enable Dolby Atmos. In addition, it comes with an S Pen stylus and Samsung DeX mode preinstalled.

Q: What does Lite mean in the Context of Tablets?

A: It simply refers to a light tablet.

Q: What makes the Tab A7 and Tab A7 Lite Different?

A: Both have a small frame surrounding the display; however, the Tab A7 has four speakers against the A7 Lite’s two stereo speakers. Therefore the Galaxy Tab A7 is preferable for audio playing. Both have 15W Adaptive Fast Charging, although the Tab A7 has a substantially bigger 7040 mAh battery than the Tab A7 Lite’s 5100 mAh.

January 2, 2023
Samsung's Galaxy Tab A7 Lite tablet device offers a great combination of affordability and quality, with a metal frame and 8.7-inch screen boasting a resolution of 1340 x 800 pixels. It comes with the latest Android 11 operating system, an ARM MT8768WT CPU, 3...Samsung Galaxy Tab A7 Lite Tablet Review: Discover All You Need To Know