Samsung Galaxy S21 And The S21 Plus: What’s The Difference? 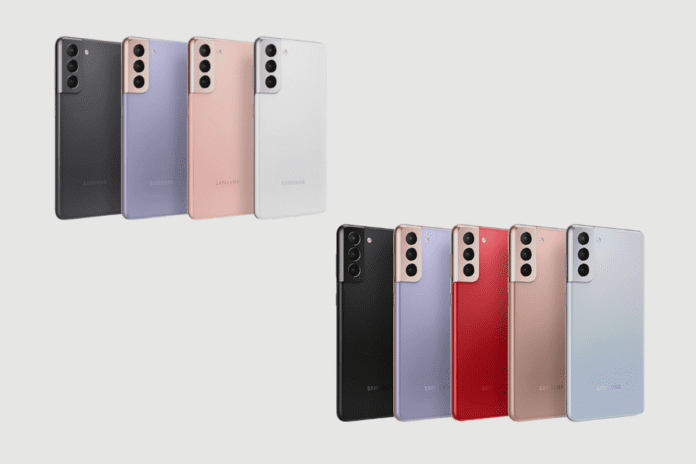 So the New Samsung S21 series of phones just launched. This is Samsung’s flagship smartphone design, and they have really flexed their creative muscles on this set of phones.

Now right from the jump, you can notice that the phones are all $200 cheaper than the previous generation. This was an intentional move from Samsung to bring the prices of their phones down to allow for more people to buy their phones because that’s the end goal to have as many people using their phones as possible.

Now that doesn’t mean Samsung has cut some corners to reduce the price of their phones. Rather they have consciously removed some features on their phones to allow them to be priced differently.

Most of the changes they make are barely noticeable only if you’re looking for them yourself. However, the one thing I would miss is the expandable storage.

Yes, that’s the big miss; they have removed the SD card slot on the phones, and that’s a bummer. However, they have made the 256GB versions only $50 more, so that’s a plus.

Now, I know what your next question is, and that’s how do these phones differ from each other, and how are they similar? That’s exactly what I’m about to discuss.

What’s The Difference Between Samsung Galaxy S21 And The S21 Plus?

Just by looking at the phone, you can notice three things

Firstly both phones have only three camera modules, and across all phones, they have the new rap around, contour cut out, camera design with a metallic frame. The next thing you notice is that the S21 is way smaller than the S21+, ” a whole six inches smaller”.

Another quick thing you would notice is that the phones are made of two different materials. The S21 is made of plastic in a matte finish, while the plus is made of glass also in a matte finish. Also, the S21 comes in four colour options which are; Phantom Violet, Phantom Pink, Phantom Gray, and Phantom white. While the S21+ only comes in 3 colour options which are; Phantom Violet, Phantom Silver, and Phantom Black.

Camera – Samsung Galaxy S21 And The S21 Plus

They both have the same cameras. Both phones have a 10mp selfie camera, a 12mp main camera, a 12mp ultra-wide, and a 64mp telephoto camera which comes with a 30X zoom feature. They both shoot 8k videos at 24fps and 4k videos at 60fps. Now, for anyone, that is an incredible set of camera options available. However, it may not be the same for some smartphone enthusiasts, but these phones are still good enough to compete with the enthusiast designs.

Also, if we move to the display, we can find out that both phones have a max brightness of 1300nits; they also come with a full HD 1080p display. This was a conscious decision from Samsung to remove the 1440p display which had been in the old S20 series to reduce the price of the new ones. Although I didn’t really notice the difference because most of the time I use my phone at 1080p to get a 120hrtz refresh rate as most people do. Also, both phones have an adaptive refresh rate of 48-120hrtz to conserve the battery when needed.

Chipset – Samsung Galaxy S21 And The S21 Plus

Finally, if we take a look under the hood, we can notice that all the S21 series of phones have the same SnapDragon 888 chipset or the Exynos 2100 chipset, depending on your region. Both chips are very powerful and can handle whatever is thrown at them.

As you can see, both phones aren’t too dissimilar, and to the untrained eye, they might be mistaken for the same phone. Both phones are different but in very subtle design choices and input options, like the larger phone having the bigger battery.

If you can afford it, then the S21 plus is definitely the better choice, but if you can’t, then the base model S21 is still a good choice, and you won’t be missing out on much.

Product Image Gallery – Samsung Galaxy S21 And The S21 Plus

Samsung Galaxy S22 Review: Is It Still Worth the Upgrade?