Is The Samsung Galaxy Z Flip Smartphone Worth Buying? 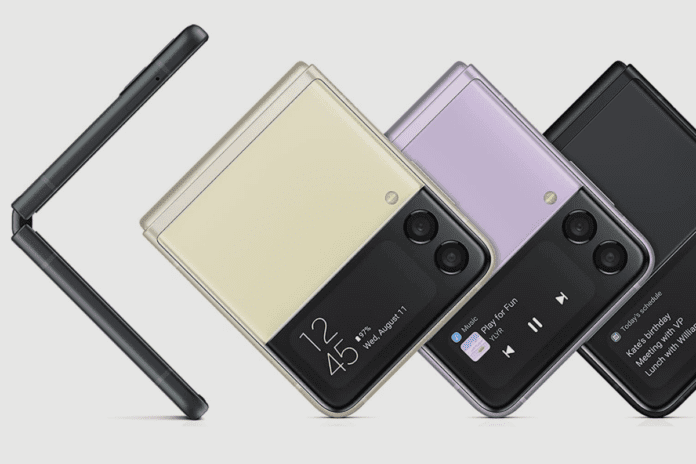 Samsung launched its first foldable smartphone in February 2020 with a glass display, making it the first to use glass displays instead of plastic displays as usual. The glass display is supposed to keep the screen durable and reduce the screen centre crease.

The Samsung Galaxy Z Flip Smartphone is one of the flagship smartphones from Samsung. Although as much as the phone has some excellent features, the phone also has some flaws.

However, there is no doubt that the Samsung Galaxy Z Flip does come with an impressive set of specifications that make it stand out from other phones on the market today.

In this Samsung Galaxy Z Flip smartphone review, I will be discussing all the features of the phone. This includes the display, camera, performance, battery life, charging options, design and more! 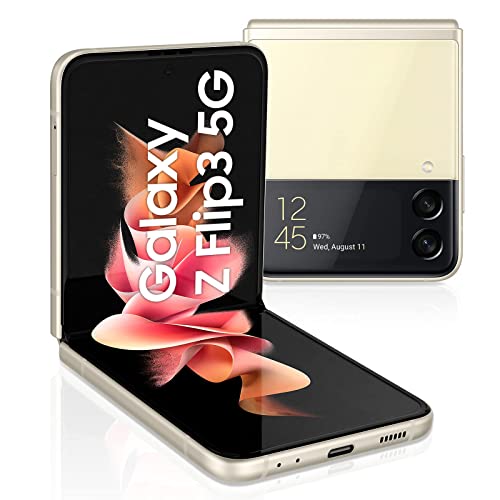 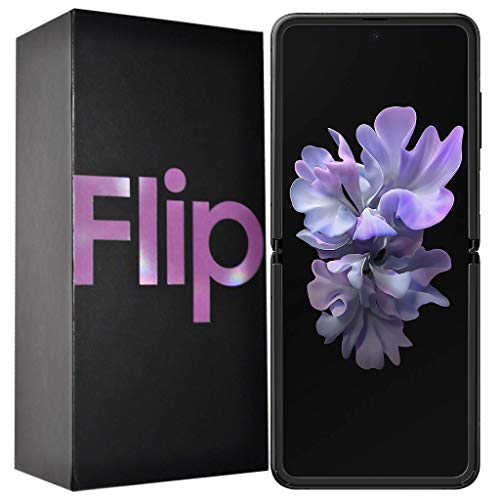 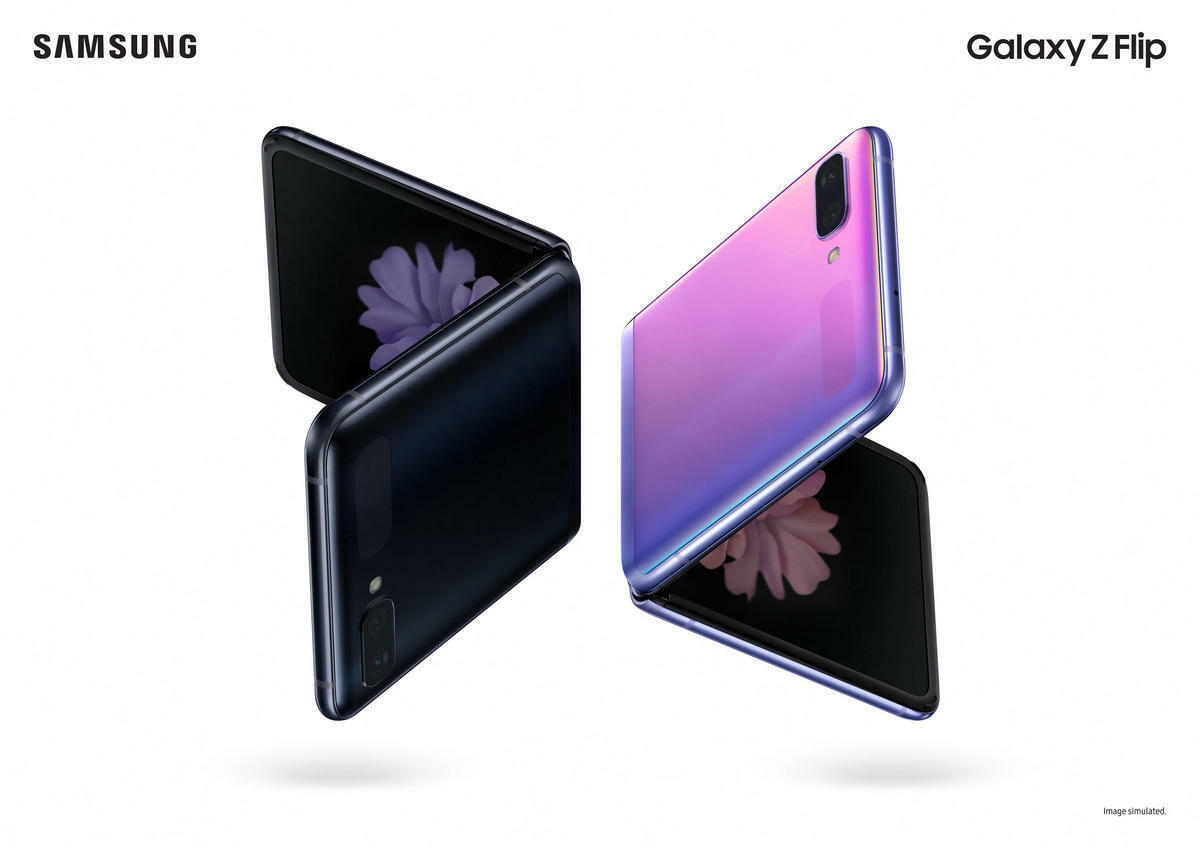 The Samsung Galaxy Z flip has the snapdragon 855 with a speed of 2.9 GHz coupled with 8 gigabytes of RAM and 256 gigs of storage combined with a 3300-milliamp-hour battery plus wireless charging.

However, the crease across the centre can be a bother, and that means every time you are scrolling through the phone, you are constantly feeling the centre crease. It comes in a mirrored purple or black colour, but this varies, and it mostly depends on the availability in your country of the carrier.

When you close the phone, the front cover display is a tiny 1-inch with a 112 x 300 resolution display on the outside of the fold where you can see a preview of your notifications, and it uses super AMOLED technology with a colour depth of 16M just like the main display.

The bezels are thick to protect the glass when you close it, so you are not slamming glass into another glass.

The tiny screen on the front cover display previews notifications like emails and texts from whoever it is, and you can decide to unfold your phone to reply to texts or emails, which is really good for productivity when you are trying to cut distractions, and it also serves as a viewfinder.

You can use the shortcut access when you double-tap the power button to open the primary camera and take selfies with it.

The fingerprint reader is on the power button right below the volume buttons, and the Samsung Z Flip also has the Accelerometer Sensor, Barometer Sensor, and Gyro Sensor. Geomagnetic Sensor, RGB light sensor and Proximity Sensor; however, there is no separate headphone jack.

The Samsung Galaxy Z Flip has a second-generation hinge that is nearly gapless. Samsung says there are small fibres like a brush inside this hinge to give it more protection from anything accidentally getting inside.

The hinge weight makes it easy to open the phone with one hand much more easily, and it is also functional, which means you can fold the phone halfway like a little laptop and set it down on a flat surface to use the camera or use apps like Google duo video call.

The Samsung Galaxy Z Flip can support a host of other Samsung products like the Galaxy Buds, Galaxy Fit series, Galaxy Watch series, Gear Fit series, and Gear series, and there is no Samsung DeX support, S-Voice and Mobile TV.

The battery is unremovable, and it is packed with a 3300mAh battery that would last you a solid day of use. Samsung’s website says the battery should last up to 13 hours with internet use.

How much is the Samsung galaxy Z flip

It cost around $1,380, which is disappointing since there were rumours that it would be cheaper.

The Samsung Galaxy Z flip is the first in the Samsung series of foldable phones.

Is the Samsung galaxy flip  worth buying

The Samsung Galaxy Z flip would be the first smartphone to use a glass display among its foldable phone peers. In terms of specifications, the Qualcomm Snapdragon processor is utilised with two batteries that have a total capacity of 3300 mAh, which is amazing, that can also be charged with the equipped wireless technology.

Also, looking at the design, the Samsung Galaxy Z flip would be an eye-turner for a good while, and although the price came as a razor cut to our bubbles since we were hoping for a cheaper cost, the Samsung galaxy Z flip is still worth buying.

The Samsung Galaxy Z Flip is not a water-resistant smartphone.

Does the Samsung Galaxy Z Flip have wireless charging?

Does the Samsung Galaxy Z Flip come with headphones?

The Samsung Galaxy Z Flip comes without any included accessories such as a wall charger, wired headphones or free cases.

What network is supported by Samsung?

Bandwidth networks supported by the device vary and depend on the different regions or service providers of users.

Samsung learned a lot already from their first attempt at a foldable phone and what went wrong with it and it is obvious they made significant changes in terms of design like the new hinge mechanism, the thin but thick bezel and the overall good user experience.

January 2, 2023
Samsung launched its first foldable smartphone in February 2020 with a glass display, making it the first to use glass displays instead of plastic displays as usual. The glass display is supposed to keep the screen durable and reduce the screen centre crease.The Samsung...Samsung Galaxy Z Flip Smartphone Review: Discover the Pros and Cons

OnePlus 10 Pro Review: Is This Smartphone Worth The Hype?