Is The Apple Watch Series 6 Smartwatch Worth Buying? Here Are Factors To Consider 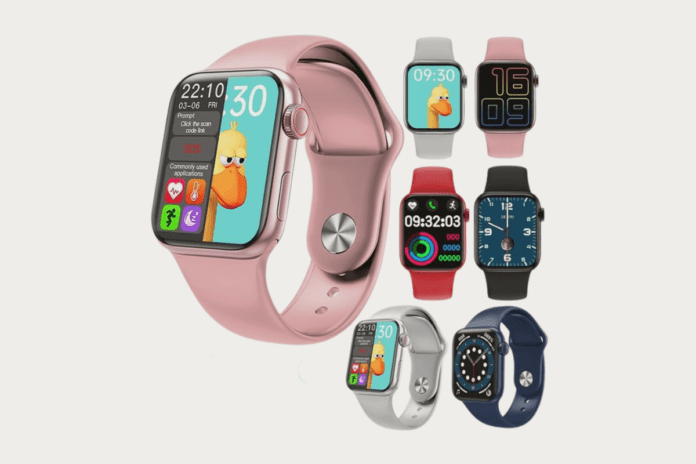 Suppose you are looking to get a high-end next to perfect smartwatch that would serve you efficiently with immense health and fitness and productivity features. In that case, the Apple watch series 6 smartwatch is definitely what you need to get.

In this Apple Watch Series 6 Smartwatch review, I will be discussing all you need to know about the watch and why I believe it’s one of the best smartwatches currently in the market.

The Apple Watch Series 6 still maintains the unique square design with round corners, which the Apple Watches are known for.

The only addition to the Apple Watch Series 6 design is the new jewel-toned case colours options which are red or graphite, and its new customised Solo loop band option that does not require clasps, buckles or overlapping parts.

The new Apple Watch Series 6 comes in two different case sizes, the 40mm model measures at 1.56 by 1.35 by 0.42 inches, while the 44mm model measures a bit taller and wider but with the same thickness at 1.73 by 1.48 by 0.42 inches. The new model also comes in three different case material options; polished stainless steel,100percent recycled aluminium or brushed titanium, which would be helpful if you are engaging in outdoor activities like sky-diving.

The display remains a 1.57-inch display with 394 by 324 pixels for the 40mm model while the 44mm Series 6 has a 1.73-inch display with 448 by 368 pixels so nothing really changes in the size or resolution of the display in comparison to the previous Apple Watch Series 5 model and the user interface still remains as bright and responsive as ever.

Through its Infrared technology, the Apple watch series 6 can now use LED clusters and four photo bodies sensors located at the back to detect within 15 seconds of staying still on your wrist your blood oxygen level(SPO2)and record any important health information. The Apple watch series 6 can also, with the help of the ECG app, generate ECG similar to a single-lead electrocardiogram to monitor your heart rhythm level at any time. Although it can not be as accurate as of the medical machines but it would be useful to identify any cause for alarm.

The Apple watch series 6 can also help you record and track your sleep pattern and with its new sensors detect any breathing disturbances whilst you are sleeping. The Apple watch series 6 smartwatch has a variety of workout routines to select from and on-screen guidance to help you. It also records your daily activity and gives you reminders to achieve a more active life.

The Apple watch series 6 smartwatch has the latest chip in the smartwatch market which makes its performance really fluid and fast. The standard features still remain the same, you can receive messages from text apps, make calls and still make commands to the voice assistant.

A new feature update is the Always-on Retina display so even when your apple watch series 6 is in use on a sunny day you can still see your metrics without lifting your arms and even if you are up in the sky or skiing the always-on altimeter tracks your elevation changes in real-time.

Another feature to look out for is the fall detection and emergency SOS, the Apple Series 6 smartwatch can detect a hard fall when enabled and contact emergency services automatically. You can also send a message to your emergency contacts by holding and pressing the side buttons.

The Apple watch series 6 also has handwashing features that use AI through your hand motions to detect when you are washing your hands and set timers or reminders. It logs this information in the health app

How much is the Apple Watch Series 6

The Apple watch series 6 ranges anywhere from $379 to $399 for the GPS-only model and an additional 100$ for the GPS and cellular version.

Is the Apple watch series 6 Smartwatch worth buying

I would definitely recommend the Apple series 6 if you are going for an expensive smartwatch that has all you need in a fitness watch.

The Apple watch series 6 can track your activity, daily routine and record important health information that would be useful for your doctor.

The SPO2 and ECG reading health feature is definitely a plus, it might not be the same with the actual medical device but it does a very good job to indicate and alert you if there is a problem and you need to see a doctor.

The Emergency and fall detection is also very brilliant especially when you are in alone and in need of emergency services. It also has a variety of workout routines to choose to range from yoga to swimming.

Generally, I would say Apple definitely knows its stuff and the Apple watch series 6 is definitely a good buy if you are looking to get a high-end efficient smartwatch.

Facebook
Twitter
Pinterest
WhatsApp
Previous article
Is The Fitbit Versa 3 Smartwatch Worth Buying?
Next article
Is Asus VivoBook a Good Laptop to Buy? Discover the Common Questions about the VivoBook Laptop

January 2, 2023
Suppose you are looking to get a high-end next to perfect smartwatch that would serve you efficiently with immense health and fitness and productivity features. In that case, the Apple watch series 6 smartwatch is definitely what you need to get.In this Apple Watch...Is The Apple Watch Series 6 Smartwatch Worth Buying? Here Are Factors To Consider

What Are The Samsung Tab A8 Specifications?