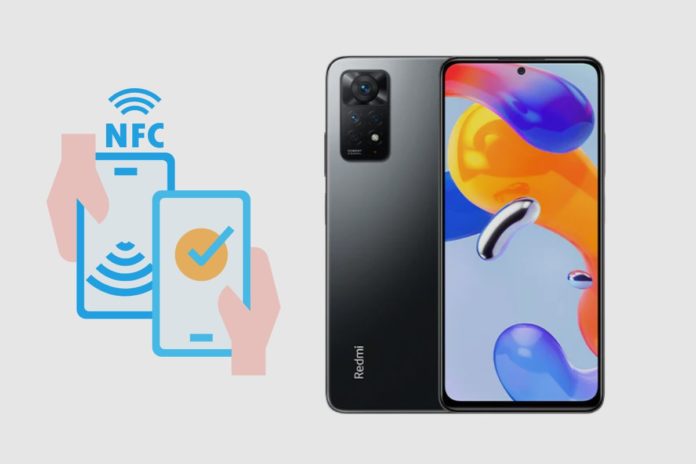 The Xiaomi Redmi Note 11 Pro 8GB/128GB Dual SIM Smartphone has technologies, features, and software that make it very fast and reliable for video games, has a great interface, and is easy and friendly to use. It also offers a camera with a greater resolution for lovers of photography.

This phone has a MediaTek Helio G96 processor, which stands out for being one of the most powerful for mobile games, thus making it ideal for children or young people; and also supports a better camera and a sharper display.

The MIUI 13 operating system, based on Android 11, improves its privacy offer since it can detect possible scams, protects personal documents, and also increases fluidity. It includes the main camera with 108 MP, an ultra-wide-angle camera with 8MP, a macro camera with 2MP, and a frontal camera with 16 MP, so you will obtain the best photos with great HDR and video to record loads of adventures.

The Xiaomi Redmi Note 11 Pro display is a 6.67” AMOLED DotDisplay with an FHD+ resolution of 2400 x 1800 pixels for a sharper image and viewing experience.

Among other smartphone features, it is compatible with 5G/ 4G / 3G/ 2G /LTE /GSM/ CDMA network bands, Wi-Fi, Bluetooth, GPS, and NFC, and includes USB Type-C 2.0 Cable. Its security system is protected by a side fingerprint sensor (which doubles as the power button), and AI face unlock.

Other features, among many others, include Dual Loudspeakers (at the top and bottom, respectively), a 3.5 mm audio jack, Hi-Res certification, an ambient light sensor, a gyroscope, and a proximity sensor.

Near Field Communication (NFC) is a short-range high-frequency wireless communication technology that enables the exchange of data between devices over about a 10 cm distance.

By holding your phone close to an NFC tag or NFC reader, you can pay for groceries, connect to web pages, call a phone number, and more.

This is one feature on smartphones that serves like Bluetooth but certainly isn’t Bluetooth, but not all smartphones support the NFC feature.

NFC is an upgrade of the existing proximity card standard (RFID) that combines the interface of a smart card and a reader into a single device.

It allows users to seamlessly share content between digital devices, pay bills wirelessly or even use their cell phone as an electronic travelling ticket on existing contactless infrastructure already in use for public transportation.

The significant advantage of NFC over Bluetooth is the shorter set-up time. Instead of performing manual configurations to identify Bluetooth devices, the connection between two NFC devices is established at once (under a 1/10 second).

Due to its shorter range, NFC provides a higher degree of security than Bluetooth and makes NFC suitable for crowded areas where correlating a signal with its physical transmitting device (and, by extension, its user) might otherwise prove impossible.

NFC can also work when one of the devices is not powered by a battery (e.g. on a phone that may be turned off, a contactless smart credit card, etc.). That is how effective the NFC feature is on a device.

In other words, to be able to use the NFC feature on a smartphone, the feature has to be present on or supported by the smartphone.

The NFC Forum, responsible for the development and promotion of Near Field Communication (NFC) technology, has established standards and compliance criteria for secure communication. Encryption algorithms, similar to those used in credit card transactions, ensure secure communication within personal area networks (PANs). Adhering to these standards guarantees the safety and security of NFC-enabled devices.

NFC standards cover communications protocols and data exchange formats and are based on existing radio-frequency identification (RFID) standards, including ISO/IEC 14443 and FeliCa. The standards include ISO/IEC 18092 and those defined by the NFC Forum.

In addition to the NFC Forum, the GSMA group defined a platform for the deployment of GSMA NFC Standards within mobile handsets. GSMA’s efforts include Trusted Services Manager, Single Wire Protocol, testing/certification, and secure element.

NFC-enabled portable devices can be provided with application software, for example, to read electronic tags or make payments when connected to an NFC-compliant system.

These are standardised to NFC protocols, replacing proprietary technologies used by earlier systems. With the NFC on your smartphone, that is a transaction made easy when you know how to put the feature to use.

However, having known the NFC feature is present on Xiaomi Redmi Note 11 Pro, there are a few steps to activating this feature for use (transactional purposes and more) and deactivating it when not in use. It is easy to use, but you have to know how it works to effectively make use of it.

To activate the NFC feature on your Xiaomi Redmi Note 11 Pro, follow these steps:

To deactivate the NFC feature:

In conclusion, Near Field Communication (NFC) is a feature built to equip the Xiaomi Redmi Note 11 Pro to give it an edge over some smartphones in its range. This is because it makes the transaction and exchange of information between two smartphones easier and faster.

Image Gallery – Does the Xiaomi Redmi Note 11 Pro have NFC?

Facebook
Twitter
Pinterest
WhatsApp
Previous article
What is the Processor of Redmi Note 11 Pro?
Next article
7 Alternatives to Xiaomi Redmi Note 11 Pro Smartphone: Find Out Which One Suits You Best!

Sennheiser Momentum True Wireless 2 vs Bose QuietComfort Earbuds: Which is...