Which Laptop Can I Use To Play Fortnite? 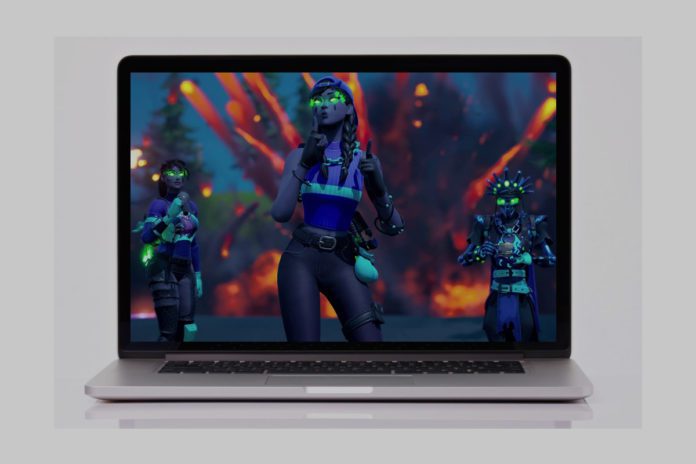 For as long as I can remember, I’ve always played a console. I grew up playing the original Sega Genesis, which was my earliest memory of gaming. It has always been on consoles.

My console has always been something I knew was always there for me. It wasn’t a complicated system; I just put the cd in, and then bam, it worked with no hassle, no stress.

However, because of my love for gaming, when I went to university, I had to decide the kind of laptop I needed to buy based on gaming preferences because I couldn’t take my console with me to school.

There were a lot of choices at my disposal, and I had one key game that I always played, and the laptop I would take with me to school had to be able to play Fortnite without any stress.

Now, I had a lot of friends at the time who were all using all kinds of systems for gaming, and they all told me why I should buy them. Some of them were using the Asus Vivobook 15 X571, the Dell Alienware M15, or the Asus ROG Zephyrus G14.

All of these laptops were really powerful, and they had a lot of really good specs, but there was always a downside  I had noticed that came with gaming on a laptop. Things like; the battery life was always an issue.

Also, laptops are all purpose-built machines, so if you had other things you were interested in doing, like video editing, you had to manage your space on your system and share the space between gaming and video editing.

I know from experience that video editing has a lot of large raw files, and sometimes your laptop can get full very quickly. It’s not like recent games are getting any small too, so it becomes a very difficult situation to navigate. Another alternative would be to get an extra external hard drive, and we know how fragile those things can be.

However, it wasn’t like laptops didn’t come with some good things. They were the only place to get the best graphics for whatever game you were playing. When I started playing Fortnite with a mouse, my kill rate grew tenfold, and I really began to appreciate the freedom that came with gaming on a laptop.

The number of customizability options that game with gaming on a laptop was impressive. I could fix my frame rate issues with some graphics settings, I could turn on ray tracing and reduce particle effects on the fly, and I could also drop everything down to save my battery life if I wanted to get in a long session of play.

Then the best thing about the gaming community on laptops and PC was the availability of games they had; whether it was from pirate sites or steam promos, there was always a free game or a bargain there to be found.

Even getting games on early access was fun, and being part of the groups that could help make the game better was very satisfying. Also, being fairly portable was always a good thing.

So, after careful evaluation, it was down to two laptops. I either went with the high-end Asus ROG Zephyrus G14, or I could get the mid-range Asus Vivobook 15 X571; both were very good options, and each had something going for them.

The Asus Vivobook 15 X571 comes with an Intel Core i7 processor. Any basic tasks you carry out on the system are all handled pretty smoothly, and it’s got reasonable control over complicated tasks.

It doesn’t show any lag, with quite a few tabs and apps all running simultaneously. Even when I tried to push it to the max, the Asus VivoBook 15 X571 held its own.

The Asus Vivobook 15 X571 is not suitable for high intense gaming, but it’s a decent option for casual gamers, in my opinion.

At medium and close to high graphics settings, it held up with games like Fortnite and GTA with slight frame drops here and there but not too serious; the Nvidia GeForce GTX 1650 card proves to be a masterstroke from Asus.

The Asus Vivobook 15 X571 prices depend on the store you are buying it from; however, the lowest prices I’ve seen so far are online for about  $860.

This is the cutting edge of technology, and it wasn’t pulling any punches. It has an extremely sleek design. It is a 14inch screen with a max brightness of up to 500 nits.

It came with a wider touchpad, thinner bezels, and a Full HD display with an improved 120hz refresh rate that could allow me to zoom through browser pages with minimal fuss, and that was a plus.

All of these things on their own are pretty powerful but put together, and they produced some really incredible performances. Paired with 32GB RAM and a 1TB SSD, you have the makings of one of the most powerful systems.

The graphics were pristine, and I barely noticed any dips in frame rates aside from the odd one here or there when it wasn’t charging, but when it was being charged, this machine just kept chugging along, never dropping below 60fps even at the highest graphics options set.

This is undoubtedly an impressive laptop, a powerhouse, and an absolute monster. However, at $2,000, this is not a cheap laptop at all.

In the end, it was a tough decision. Both laptops had a lot of things going for them, they both gave you good value for money, and they both were very versatile laptops able to handle a wide variety of tasks with minimal fuss. However, I just had to get the Asus Rog Zephyrus G14 laptop because of the superior power.

Although I blew through my budget and later had to pay the price of overspending, it wasn’t the most comfortable choice, but it was worth the sacrifice.

If you have a budget of $1,800 upwards, then I recommend you go for the Asus Zephyrus G14 laptop. However, if it’s out of your budget, the Asus Vivobook 15 X571 is still a good option for casual gaming.

Do Wacom Pens Work on iPads?