Apple iPhone 13 Review and Buying Guide: Is the Phone Worth Buying? 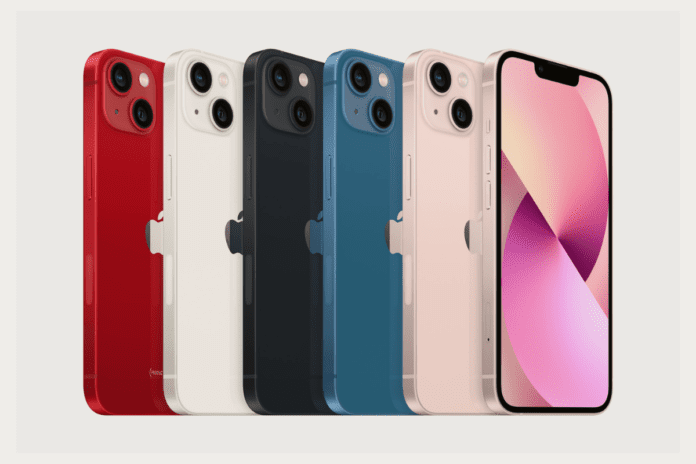 Last year when the Apple iPhone 12 series was released, it appeared to be the best thing that could ever happen. We had no idea that Apple would roll out a new iPhone in such a short time.

The Apple iPhone 13 will be your favourite if you want a phone with a camera that can take high-quality pictures and also improve your video and gaming experience.

Related Post: Is It Worth Upgrading From iPhone 12 to 13? 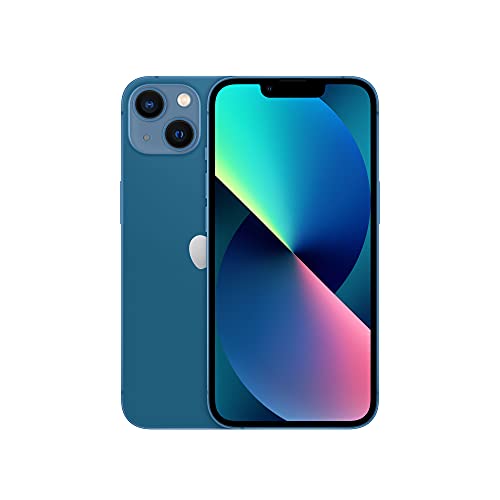 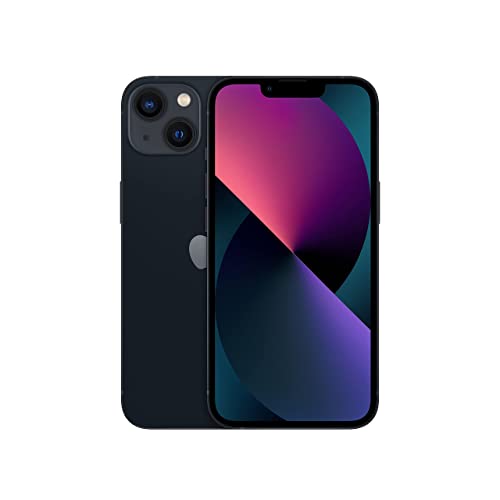 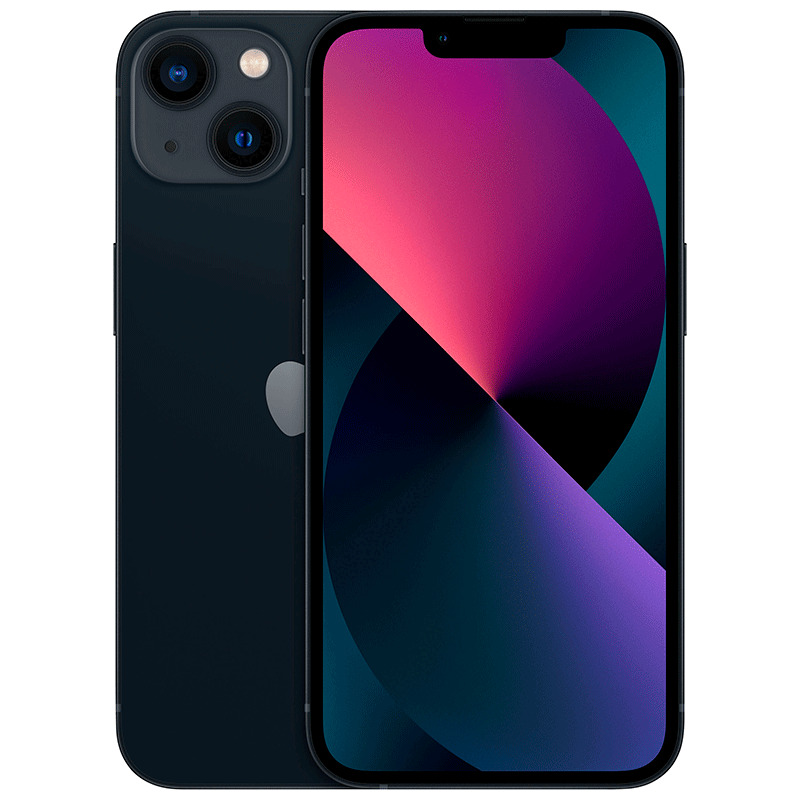 Here are the items that come in the box of a brand-new Apple iPhone 13:

On the new iPhone 13, there are two design modifications that I noticed. The design is identical to the iPhone 12 Pro from last year, but there are still noticeable design changes in the new Apple iPhone 13.

The most noticeable change in the iPhone 13 is the rear cameras, as they are now placed diagonally rather than vertically. Also, with the Face ID feature introduced to us through the iPhone X four years ago, the notch on the iPhone 13 has shrunk by 20% while still delivering the same amazing true depth camera technology and Face ID.

The display becomes more immersive with a reduced notch, and when using apps with a white background in portrait orientation like Gmail, I enjoyed the iPhone 13’s tiny notch even more.

The Apple iPhone 13 has a slightly different button arrangement than the iPhone 12. On the right side, the power button is lower, while on the left side, the ringer switch and volume controls are lower.

The Apple iPhone 13’s Super Retina XDR screen is the same size as the one introduced in 2020. Meanwhile, the iPhone 13 Pro and Pro Max, both constructed of stainless steel, have screens that are 6.1 inches and 6.7 inches, respectively.

Performance of the Apple iPhone 13

The iPhone 13 features the new A15 Bionic technology, which allows it to have a 50% faster CPU and 30% faster graphics than comparable devices. This means the chip contains a brand-new 6-core CPU, 4-core graphics processor, and 16-core AI processor.

The iPhone 13 uses an upgraded sensor transfer OIS system to penetrate more light. Even though the iPhone 13 ultra-wide-angle photos are darker than the iPhone 12, they feature superior exposure, clearer lines, and less noise overall. The upgraded iPhone 13 camera is very impressive, with a faster refresh rate and greater video capturing capabilities than the previous model.

The photography styles on the iPhone 13 provide an opportunity for you to match your particular preferences better. The iPhone 13’s Cinematic Mode performs as expected, producing professional-looking videos, but it may generate a blur which is upsetting.

Unfortunately, the iPhone 13 lacks Touch ID, which many of us would have preferred because Face ID struggles with masks. It didn’t need a sensor integrated into the display, a Touch ID sensor included in the power button, as on the iPad mini 6, would have sufficed.

Apple has abandoned touch technology in favour of the more complicated Face ID technology since the iPhone X. Although Apple enthusiasts may argue that their technique is more secure, they still find it inconvenient to continuously aim their phones at their faces during each verification procedure. Having another way to unlock the iPhone would have been a good feature.

Battery Life of the Apple iPhone 13

Despite Apple’s claim that the iPhone 13’s battery can last 13 hours of streaming video, I only got 4 hours and 13 minutes before the battery died. The iPhone 13 has a 2.5-hours battery life advantage over the iPhone 12.

Here are details about the Apple iPhone 13 buying guide.

The Apple iPhone 13 series is available in four models:

Is the Apple iPhone 13 Worth Buying?

There aren’t many changes to the iPhone 13; its camera update is identical to that of the iPhone 12. You’ll only see variations after closely examining the photographs, such as the improved handling of city lights and reflections in the water, which you might not even notice.

So if you have an iPhone 12, you can still keep using it because, if we are being honest, you would not be missing much.

Overall, the Apple iPhone 13 model is still one of the best smartphones in the market. It offers significant increases in image quality, battery life, and screen quality. The improvements over last year’s model (the Apple iPhone 12) are significant.

Although not immediately apparent. The most evident changes can be seen in the camera system, battery life, and refresh rate.

Now over to you, what do you think about the Apple iPhone 13? I will like to hear your thoughts in the comment section below.

I hope you found this Apple iPhone 13 review helpful. 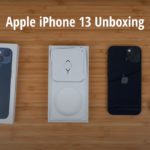 A: In the box of a new Apple iPhone 13, you’ll find the iPhone itself, a USB Type-C to Lightning cable, documentation, a sim ejector tool, and an Apple sticker. Unfortunately, iPhone 13 does not come with a power adapter, headphones, or a Lightning to headphone jack adapter– you’ll need to purchase these accessories separately.

A: No, it is not possible to fold an iPhone 13. Currently, Apple does not make any phones that can be folded.

Q: Is it possible to make a call on an iPhone 13 without a network?

A: The iPhone 13 includes technology that allows users to connect to a low-earth orbit (LEO) satellite communication connection capability allowing them to make calls and send messages in locations where 4G or 5G service is unavailable.

A: The difference between iPhone 13 and iPhone 12 is mainly the screen, which means that the iPhone 13 screen uses an OLED screen with a refresh rate of up to 120hz (the current 12 is 60hz), due to the fact The new OLED backplane generation combines the benefits of LTPS and IGZO technologies, provides an oxide layer,

A: Yes, there are many differences between the two devices. Stainless steel is used for the back of the iPhone 13 series, while aviation aluminium is used for the 13 Pro.

January 2, 2023
Last year when the Apple iPhone 12 series was released, it appeared to be the best thing that could ever happen. We had no idea that Apple would roll out a new iPhone in such a short time.The Apple iPhone 13 will be your...Apple iPhone 13 Review and Buying Guide: Is the Phone Worth Buying?