NVIDIA GeForce GTX 1080 GPU Upgrade is another Plus to Gamers 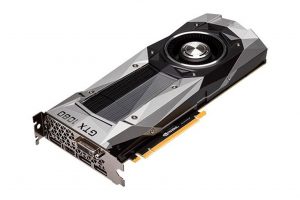 With Nvidia recently announcing its new GPU upgrade (the Nvidia GeForce GTX 1080), the PC gaming graphic cards are only getting better and better with every new release.

There is no doubt that the Nvidia GeForce GTX 1080 truly exceeded the expectations of everyone; it surely outperformed the performance records of all its previous GPU.

One of the most interesting part of the new NVIDIA GeForce GTX 1080 card is that, it’s based on the Pascal architecture rather than the commonly used Maxwell GPU’s; it also include features such as Ansel high quality screen cap tech—Multi-screen projection, VRWorks Audio, VR PhysX, and VR Touch. That is quite Amazing!

According to a statement from Engadget.com:

“It’s never been a better time to be a PC gamer. Hardware is getting both cheaper and more powerful, most big-budget console games are making it to PCs (where they also look better), and the rise of virtual reality offers a tempting upgrade target. NVIDIA, one of the pioneering graphics-card designers, is taking full advantage of this revitalized PC gaming market with the GeForce GTX 1080, its latest powerhouse GPU. It’s the first consumer card built on the company’s Pascal architecture.”

Read More: NVIDIA’s GeForce GTX 1080 is the GPU upgrade you’ve been waiting for.

Microsoft to Buy LinkedIn for $26.2 Billion

Onvi Prophix Smart Toothbrush can Film inside of your Mouth

Google Plans to Customize Android to Compete More with iPhone

Google plans to customize Android by adding more new features to the its ...