What you need to know about Samsung Galaxy S7 Edge! 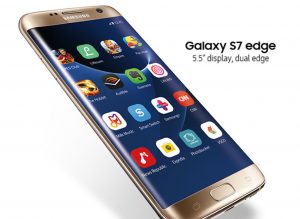 Samsung Galaxy S7 Edge is one of the latest models released by Samsung this year, and it’s a big improved smartphone device; but is this the ultimate smartphone to use in compared to Apple, HTC, Motorola or others? Let’s find that out right now!

So, What do we know about Samsung Galaxy S7 Edge?

The device has 150.9 x 72.6 x 7.7 mm (5.94 x 2.86 x 0.30 in) and it features a weight of around 157g. It’s a lightweight model for sure and that does bring in front an incredible value to begin with. On top of that, the size is similar to the previous model which makes the transition simpler and easier, something you do want at all times.

Moreover, the build includes corning Gorilla Glass 4 which does make it very durable. It’s important to note that the device features only support for nano-SIM, so do try to keep that in mind if you want to purchase this device.

Unlike Apple that seem to go backwards when it comes to size, the display size has around 5.5 inches which is more than enough for big screen lovers.
The Samsung Galaxy S7 Edge has a high resolution of around 1440 x 2560 pixels (~534 ppi pixel density) and it does support multitouch which I did found to be a very good thing. Some of the other features include the Samsung Touchwiz UI as well as the curved edge screen that’s standout for the product. 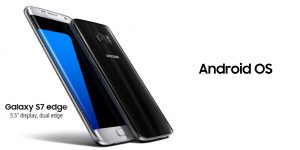 I found the Dual-core 2.15 GHz Kryo & dual-core 1.6 GHz Kryo or the Quad-core 2.3 GHz Mongoose + quad-core 1.6 GHz Cortex-A53 integrated here very good and they do offer a reliable quality all around. They are quite good to begin with and when combined with the Adrena 530 GPU you do get a really neat value.

There is a card slot this time around and you can add in as much as 200 GB which is a major plus. Depending on the model you get 32 or even 64 GB of memory as well as 4 GB of RAM which is more than enough nowadays. When it comes to the camera, you have 12 MP, f/1.7, 26mm and some nice features such as 4K support among others. Videos can be recorded even at 2160p and the results you get here are nothing short of astonishing. It’s important to note that recording video and taking pictures is fast and easy with this device which is what matters the most.

The S7 Edge device does come with microUSB 2 supports, HSPA, LTE, NFC, GPS, Bluetooth 4.2 and WLAN support. Basically, you have all the connectivity you might want or expect from such device.

The battery life for the S7 Edge is actually very good as you get around 1-2 days of normal use, which is the usual experience you get from a device like this. When it comes to the price, it’s the normal launch price that the S6 Edge also has as well, so there’s not that much of a difference.

The S7 Edge does not have a radio included! Meaning, you’ll have to use a streaming radio service; which uses your data, and might cost you more if you don’t have enough data for such streaming.

Apart from the radio; you have all other features you might want or expect in a premium priced smartphone. But if radio is not a problem, you will surely have a blast using this device.

Samsung Galaxy S7 Edge is a solid purchase and one that will surely offer you a very good value to begin with.
The performance is amazing (with Android Marshmallow operating system), the design is similar to the previous model but a little more refined and as a whole, you get a great value for your money.
If you want a good phone and you don’t mind paying the premium price, the Samsung Galaxy S7 Edge is surely something to keep in mind! 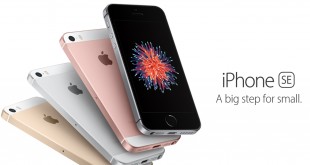