Android Blackberry Phone; In Focus For 2016

Android Blackberry Phone; The Next Step forward for BlackBerry.

As the Canadian telecom and wireless company continue to struggle in the smart-phone industry; the company has recently unveiled its plans to work with Google for an Android Blackberry Phone.

BlackBerry has continued to see a sharp fall in its revenue, and now at its ninth quarter in a row of double-digit declines. According to sources; the company also reported a per-share loss minus items of 13 cents, missing the consensus of a 9-cent loss and widening from a 2-cent loss, for its fiscal Q2, which ended Aug. 29. Sadly, the company share price has suffered a significant hit from its days of glories, and still continues a down trend.

So, what went wrong?

The ever creative tech giant (Apple) with its iPhone, and the raise of android smart-phones has been the major problem for Blackberry devices. And also, the company’s inability to improve its operating system at the fast growing trends has also been a big pitfall for the Canadian company (Blackberry).

There is no doubt that Blackberry was fighting a losing battle which the company has finally admitted in a way by announcing its plans to make its future smart-phones using the Google’s android operating system, which will be launch in 2016. With lots of rumours currently online about the new Blackberry smart-phones; little or none is truly known about the phones for now.
Although, Blackberry has officially confirm the name of their first android smart-phone has “PRIV by BlackBerry”, and the likely specifications as follow: “QHD display, 3GB of RAM, Snapdragon 820 or Snapdragon 808”.
For more details, please read; Here’s What People Are Saying about PRIV by BlackBerry.

What the future holds:

The new moves by Blackberry will give users an alternative to the company’s BlackBerry 10 platform, which has failed to gain users against Apple and Google operating system.

BlackBerry is betting on a turnaround of growth in its software business. The company expects sales of enterprise mobility management and secure communications software to improve, in hopes of possible increase in revenue to support the slow sales of its smart-phones.

Although, the future android Blackberry phone seems to be getting the attention of more audience since the announcement, but only time will tell.
BlackBerry has confirmed that it will continue to develop and support the BlackBerry 10 operating system while they exploit their chances and opportunities with Google’s android platform. 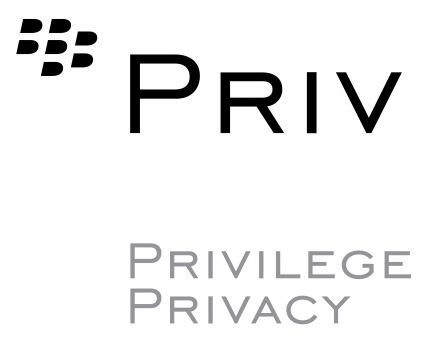 Microsoft to Buy LinkedIn for $26.2 Billion

Onvi Prophix Smart Toothbrush can Film inside of your Mouth

Google Plans to Customize Android to Compete More with iPhone

Google plans to customize Android by adding more new features to the its ...